What a warm welcome for the six Money Types! 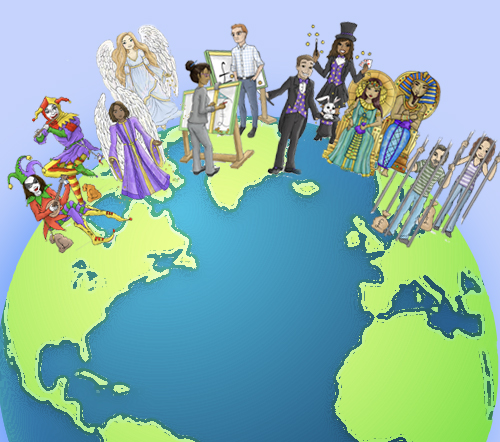 Wow, the ‘Money Types’ was officially launched in New Zealand on Saturday – and both Simon and I were completely blown away by how well it was received…
Wonderfully, ‘money’ made an appearance too, and did a mini-session live with someone on the stage.

Funny how these things happen, I’d been wondering how to ‘introduce’ money (in terms of the essence of money ‘speaking through me’) and one of the delegates came up to me in the break (before I even went on stage) saying that if I needed a volunteer, she really wanted it to be her.

The scene was set.

As the ‘Conversation with money’ unfolded, it became clear that her reticence and guilt around money (together with the difficult relationship she had with her mother) was causing problems for her.

While I’m not sure that I remember too much of the conversation to be honest (I find myself in a kinda ‘altered space’) Simon said afterwards that it was as though money was cutting through her patterns and internal stories with truth and honesty. Tears were shed – and when it was over, someone in the audience shouted ‘wow’!

And all that in less than ten minutes.

People also booked in for sessions afterwards, which we’ll be doing over Skype when we get back – and I had such lovely feedback, that I feel really humbled and blessed. Indeed, one delightful guy shared with me afterwards that the ‘block that had dogged him for most of his life’ (which was about far more than money) had simply dissolved when I spoke about the nine ‘Money Stories’. The common language provided by the ‘Money Types’ was the icing on the cake for him. His final words made the hairs stand up on my arms: “You have something very special here…it’s grounded but gives a new perspective and is going to help a lot of people.”

To be honest, I hesitated and debated whether to share all of this on here (lol, my parents’ deep dislike and disdain of ‘show-offs’ still ring in my ears) but I really wanted everyone who’s been involved with all of this from the outset to know that their belief in the ‘Money Types’ is well placed, and that together, we’re going to make a massive and positive difference in the world.

And I also want to ‘honour’ the six ‘Money Types’ and the ‘essence of money’ for the powerful teaching and healing tools that they are.